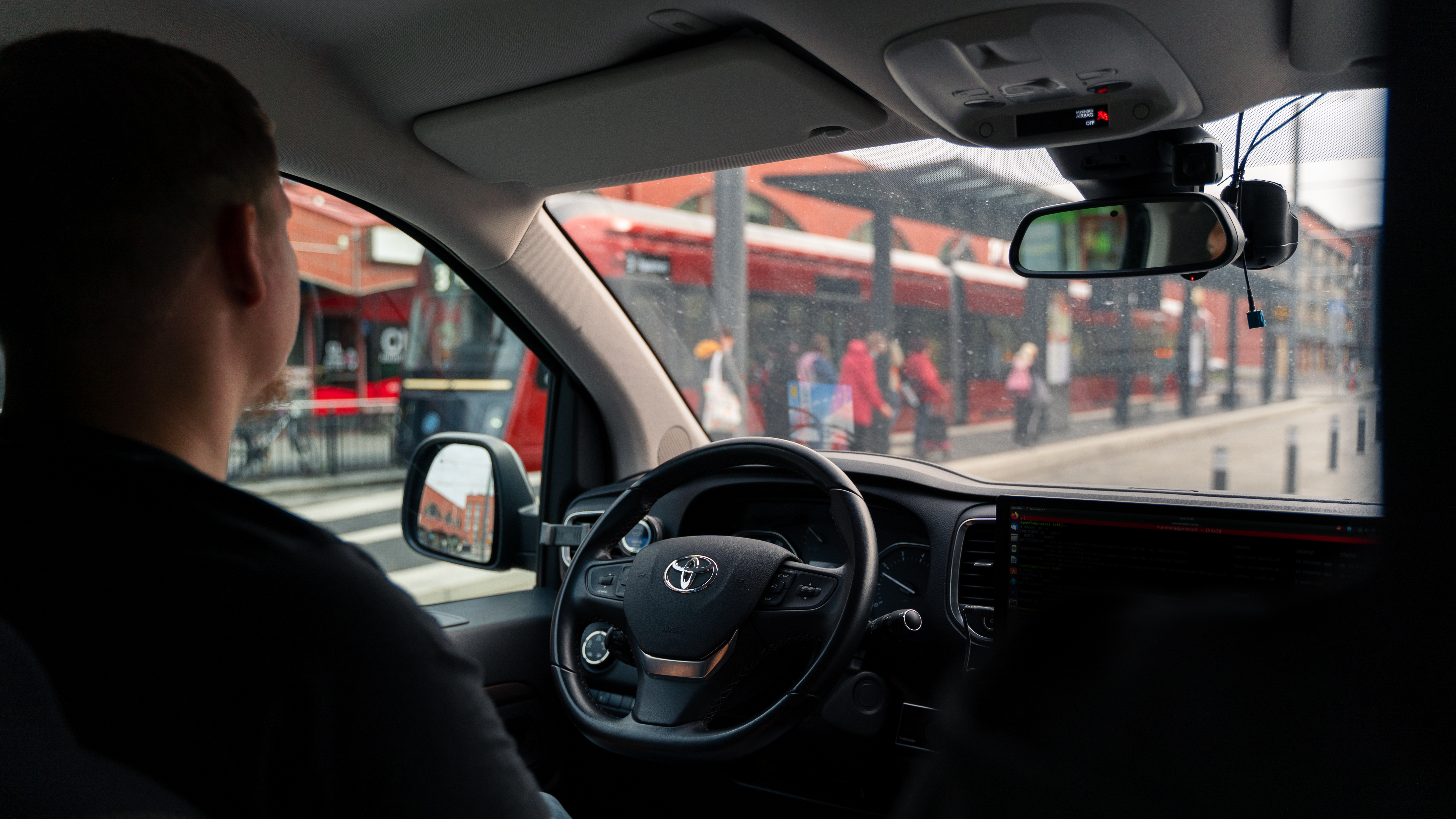 The first trial of automated driving ended at the Hervanta test area on 18 March 2022. It explored how robot cars could complement public transport in Tampere in the future. The robot car experiment was carried out, as part of the international SHOW project, with two Toyota Proace minivans automated by the Finnish technology company Sensible 4 .

The aim has been to bring autonomous driving closer to the ordinary citizens. In addition, the idea of autonomous driving is becoming familiar to city dwellers and the fears associated with it can be alleviated through such trials. The first trial was well received in Hervanta and as many as 1,670 passengers were given rides. The safety drivers even noticed regular users of the service forming on the route during the trial.

User feedback was mostly positive and the robot cars were seen as a welcome addition to existing public transport services. The vast majority of service users were elderly passengers for whom first- and last-mile services are particularly helpful. The user group’s criticisms focused mainly on boarding and exiting the test vehicle, where access ability should be improved.

Pekka Eloranta, National Coordinator of the SHOW project,  was very pleased with the results of the winter trial period.

– We got a lot of passengers to try out the robot car and we were able to gather important feedback on it, such as what needs to be considered from an accessibility and availability perspective in order to make the service available to all user groups,” comments Pekka Eloranta, Sitowise Oy.

The snowy winter brought a variety of challenges and tests

The test experience in snow conditions and in an urban environment has never before been so comprehensive, and the trial also provided additional information on needs for development. The sensor manufacturer experienced a problem caused by freezing drizzle, which got stuck in the housing of the laser scanner (lidar). The automated steering system was sometimes challenged by piles of snow and ploughing tracks on the route. Overall, the automated steering worked very well and safety drivers rarely needed to intervene.

The experiment also provided a wealth of experience for the development of the region. Sensible 4 collected over 5,500 km of test data during the trial. The test area’s digital twin, created by Sitowise Oy, will allow future testing of cars and automation in a virtual environment. In cooperation with VTT, HD maps of the area have been produced, which are an important part of the digital infrastructure of the test area.

– We would like to see more activities like the robot car experiment in the test area. The test routes have been designed and developed according to the needs and interests of testers,” says Markku Niemi, Programme Director, Smart City Development, Business Tampere.

The trial was a successful example of multi-stakeholder cooperation, and also provided lessons and experience for other projects. The Smart City Test Area project aims to strengthen the competitiveness of companies and research institutes in the Tampere city region. The test area offers companies opportunities to test new services in a real urban environment.

Robot bus trial to continue in the Hervanta test area

In May, a different kind of robot bus will enter service. It differs from the robot bus used so far in several ways, although there are some similarities, the biggest of which is the automated driving. Now, a low-floor, electric automatic shuttle bus from VTT Technology Research Centre of Finland will enter service. In addition to its environmentally friendly propulsion and low threshold, it has a wide doorway for easy access, large windows and a pale interior.

– There are many types of robot cars, and now it’s the turn of the electric, low-floor. automatic shuttle bus. This robot bus, called Aune, will provide a different user experience that will complement the results of the trial period that has just ended,” says Matti Kutila, head of the research team for automated vehicles at VTT.

The main focus of this experiment is also to collect user experiences and test the suitability of the robot shuttle bus as part of Hervanta’s public transport services. As above, this experiment is part of the Ride2Autonomy project and is funded by the European Union’s Research and Innovation Programme.

The development of the area will continue with a new development project, which will establish a remote control centre during the project, scheduled to run until the end of June 2023. It will start to monitor and manage feeder services. The centre will also intervene in problem situations and control vehicles remotely, too. A single operator will be able monitor and control several vehicles.

To this end, an EU-funded project is being launched, led by Business Tampere Oy, the business and development company of the Tampere City Region. One of the parties involved in implementing the project is VTT Technical Research Centre of Finland Ltd.