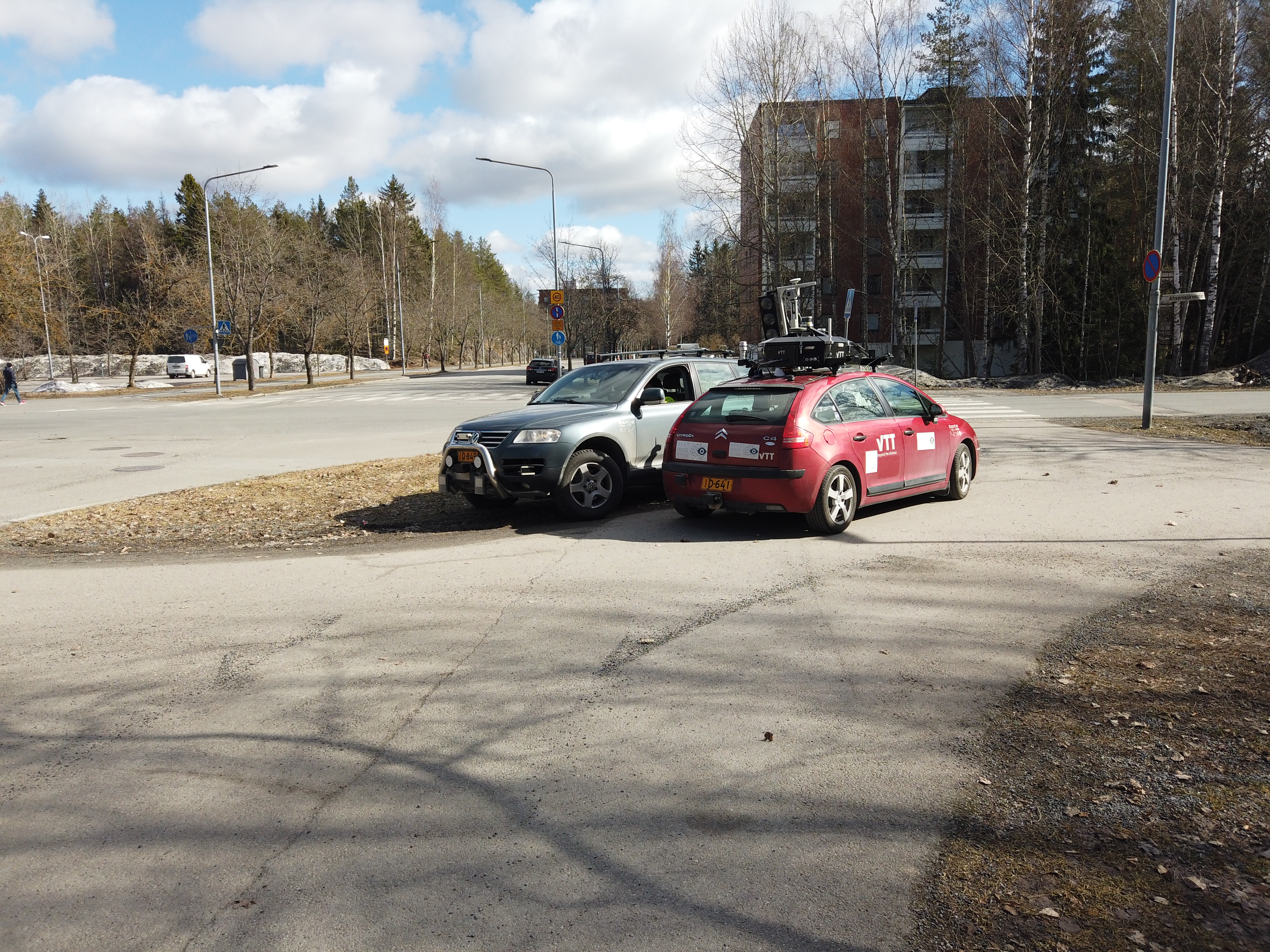 Testing at the Tampere Testbed Hervanta generates valuable data, because tests are run in a real, living urban environment and together with various operators. The testbed is continuously developed, aiming to stand out globally and attract testers to Tampere, Finland.

The idea of the Testbed Hervanta originates somewhere around year 2017, although plans were made even earlier. Nokia contemplated developing their private wireless networks, and the City of Tampere was interested in the potential uses for streetlight infrastructure. What else could light poles hold besides the lamps?

The location of the test network was an obvious choice: the district of Hervanta, because the Tampere Tramway needed a feeder service. The tramline goes through the centre of Hervanta, but the area is quite large and last-mile issues may occur. Self-driving shuttle buses might help solving that problem in the near future.

– There are plenty of residents and places of work in Hervanta, and thus plenty of opportunities to develop the feeder service for the Tampere Tramway, says Markku Niemi, Senior Business Adviser, Connectivity, of Business Tampere.

– Hervanta is also known as the ”technology village of Tampere”. There are numerous tech companies in the area, combined with research and education facilities. They all need the Testbed as well, says Matti Kutila, Research Team Leader of VTT Technical Research Centre of Finland.

Nokia Digital Automation Cloud private LTE network was announced at the end of 2017 in Hervanta and soon evoked plenty of interest. More pilots are welcome: from companies, universities, research institutes.

– VTT joined in when we needed network capacity for our own testing, and noticed that the Hervanta Testbed network was able to provide controlled conditions, Kutila says.

Capacity in private networks is fully under control. The operator can, for example, limit the number of users while a test is running. Nokia offers private wireless networks for places like mines or ports, where a controlled network environment is paramount.

In the middle of a vibrant district

The Hervanta test area is a living lab, situated in the middle of the real urban environment, traffic and crowds. It is a service-providing platform for smart mobility development, where scientific communities, industry, companies and the city of Tampere work together. That’s why the data gathered there is so valuable: it is a generated by doing things in the real world.

Sitowise, the smart city company, has created a digital twin of the Hervanta area. It is a tool for planning new mobility services, to test them virtually before proceeding to the streets of Hervanta with them.

The VTT projects have been developing  communication between vehicles, made possible by the private wireless network. The network is able to transmit HD map data, i.e. detailed maps that are one of the technologies enabling autonomous driving.

Sensible 4, is a Finnish self-driving tech company. They have been using the Hervanta test area and will continue to do so. Follow the link for the list of operators at the Tampere Testbed Hervanta.

A world-class testbed in Tampere, Finland

The test area itself is being developed in an ERDF project implemented by Business Tampere. The objective is to develop the area to enable level 4 automated transport testing. Level 4 means that the vehicle is self-driving, offering full automation.

– Level 4 automated driving test areas are rare even in the global scale. Local operators in Tampere area have the opportunity to join interesting and large research projects and consortiums, once Hervanta test area has reached the level, says Niemi.

The development project also includes a citizen participation aspect. Residents of the area will get more familiar with the concept of autonomous driving, when they see and experience the pilots, for example the automated shuttle buses feeding the Tampere Tram.

– A public transport service pilot will be driven in Hervanta, in the winter conditions at the beginning of 2022. Two robots cars will be transporting passengers along the 3,5-kilometre route for free, says Pekka Eloranta, Leading Consultant of Sitowise.